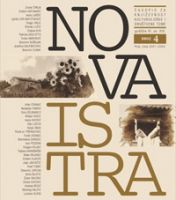 Our regular column "Contemporary Literature" mostly carries new pieces written by contemporary Croatian writers. This issue brings an excerpt from the latest novel by Dražen Katunarić and a dialog written by Irena Lukšić.

Since the Spring of 1996 Šoljan's days, a traditional literary manifestation, take place in Rovinj, the city in which one of the most brilliant and versatile Croatian writers of the 20th century lived and worked - Antun Šoljan (1932-1993), a writer of European references, whose works have been translated into many foreign languages. This issue carries a few recent literary and critical essays and studies on Šoljan's dramatic work.

It is our great pleasure to include in this issue mature works by a few youngest and for the time being unestablished, but most certainly gifted Croatian dramatists, who are mostly students of the Academy of Dramatic Arts in Zagreb.

On the 50th anniversary of her death, a special part of the issue is dedicated to an Austrian writer of (among other) Croatian origin, Paula von Preradović (1887-1951). Paula von Preradović, who for some time lived in Pula, is the author of the lyrics of the Austrian national anthem and the granddaughter of prominent Croatian poet of the 19th century Petar Preradović.

The section "Studies and Reviews" carries prose about Pula by contemporary Serbian writer Dragan Velikić, who spent a part of his life in the city. One of the oldest and most productive contemporary Croatian authors, Tatjana Arambašin, writes about a 19th-century Slovene author, Fran Levstik, and his "connection" with Istria and Trieste. Speaking of historical links, let us point to an essay included in this issue dealing with the historical dimensions of the relations between Croatia and Slovenia.

We have also included an interesting, as well as significant, review on the exhibition of Croatian national costumes and handicraft that took place in May 2001 in the Jewish cultural center "Sholom-Aleihem" in Toronto.

Yet another article deals with a topical issue: we have published a commentary dealing with (anti)globalization movements in the world, inspired by the events that took place in Genoa this summer and turned into a real street-fight. The essay analyzes the role in the events of certain institutions as the centers of almost supreme power in the world, namely WTO, IMF, G8, and others.

As part of the column "Critical Approaches and Reviews" we would like to single out the review dealing with the Croatian translation of "Mein Jahrhundert" (My Century) by Günter Grass.

Contemporary Slovene author Luciano Kleva contributed to this issue with his art photography. 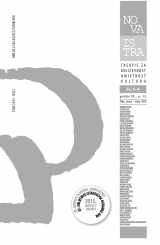 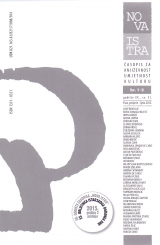 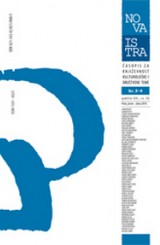